Addyi, a drug that made a splash when it was approved in the summer of 2015 as the first “female Viagra,” is back. Its rise, fall, and rise again is an example of shrewd pharmaceutical marketing and the potential dangers it can pose to patients.

Addyi, or flibanserin, is a purported aphrodisiac that failed twice to get Food and Drug Administration approval; Sprout Pharmaceuticals (Addyi’s manufacturer) finally snagged approval on the third try by setting up a fake consumer advocacy campaign, Even the Score. The campaign was created by Blue Engine Media, a PR firm hired by Sprout that rallied—and paid—several woman’s groups to accuse the FDA of sexism for refusing to approve the drug. Even the Score also paid for women to testify at an FDA advisory committee meeting that they were suffering from hypoactive sexual desire disorder, a condition previously created by industry to sell another failed libido drug. The pressure worked. Addyi was approved to much fanfare, with the expectation that women would be clamoring for the drug.

The day after the drug was approved, Even the Score posted a victory video and then vanished, having served its singular marketing purpose of getting Addyi through the FDA process.

Less than 48 hours after Addyi’s approval, Sprout sold the drug to Valeant Pharmaceuticals for  $1 billion. Despite Valeant’s sunny projections of the value of Addyi, the drug did not sell well; in 2017, fewer than 12,000 prescriptions were filled, totaling about $8 million in sales. Sprout stakeholders sued Valeant for ineffectively marketing the drug, and Valeant ended up giving the drug back to Sprout—along with a $25 million loan—in exchange for 6% royalties.

To increase sales of Addyi, Sprout’s CEO, Cindy Eckert (formerly Whitehead), has slashed the price of the drug from $800 a month to $400 a month and to $99 a month for people who are uninsured. Sprout has also set up a telemedicine portal to allow patients to get a prescription from a provider after a telephone interview. Are the doctors on this telemedicine portal really going to counsel patients adequately and explore other options for addressing low libido (such as identifying whether the symptom is a side effect of a libido-killing medication or recommending sex therapy) or are they only going to prescribe Addyi?

The telemedicine portal is a way for Sprout to sell the drug directly to a patient without involving her possibly reluctant personal physician. It is unclear whether physicians have been avoiding prescribing Addyi because they believe the risks outweigh the benefits or whether they are deterred by the FDA-mandated Risk Evaluation and Mitigation Strategy (REMS), which requires physicians to complete a brief educational module before prescribing Addyi. Although the module takes only 10 minutes to complete, relatively few physicians have signed up. At its one-year anniversary, only 35,000 doctors and 17,000 pharmacies had completed the training.

The REMS training (conveniently provided by Sprout) focuses on the risks of mixing Addyi with alcohol. Addyi is as sedating as four shots of whiskey and can cause drastic drops in blood pressure and sudden prolonged unconsciousness requiring medical intervention; the effect is worsened by alcohol consumption.

As part of the REMS, pharmacies that distribute Addyi also need to train all their staff in the dispensing requirements. With the lack of pharmacies that were certified to sell Addyi, women were finding it difficult to fill their prescriptions. To get around this, Sprout has also set up a convenient mail-order pharmacy system so that Addyi can show up right at your door. In addition, Eckert, a shrewd marketer, has been working to create demand by making appearances in the media and in online videos the past few weeks.

Even with these new systems in place to push more of their product out the door, Sprout may not succeed in increasing demand for Addyi. The drug is highly problematic, with little evidence of efficacy. Also, it interacts with many common drugs, including the birth control pill and migraine medications. The drug, at best, increases “sexually satisfying events” only 0.5 times a month. Its main effect may be sedation.

People who know the truth about Addyi need to educate other women about the drug’s dangers and ineffectiveness. Friends don’t let friends take Addyi.

45% of The Hastings Center’s work is supported by individual donors like you.
Support our work. 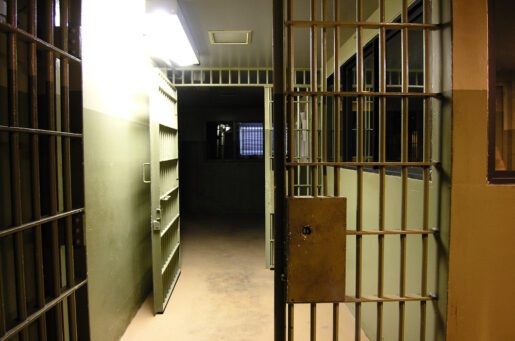