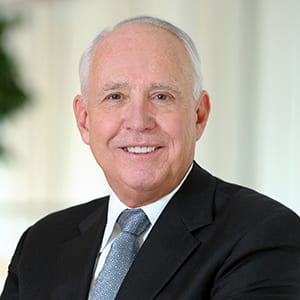 Darrell G. Kirch is president emeritus of the Association of American Medical Colleges (AAMC), which represents the nation’s medical schools, their teaching hospitals and health systems, and related academic societies. He served as AAMC president and CEO from 2006 to 2019. Dr. Kirch currently is an adjunct professor of psychiatry and behavioral sciences at Stanford University.  He also serves as the principal of Academic Health Advising LLC, providing advisory services to the leaders of medical schools and their affiliated health systems.

A distinguished educator, biomedical scientist, and clinician, Dr. Kirch speaks and publishes widely on the need for transformation in the nation’s health care system and how academic institutions can lead change across education, research, and health care for their communities and beyond.  As a respected university leader, Dr. Kirch has chaired the Washington Higher Education Secretariat and served as a member of the American Council on Education Board of Directors.  In 2007, he was elected to the National Academy of Medicine, and has been active in multiple initiatives of the National Academies. As an ardent champion for the well-being of the nation’s health professions workforce, he currently serves as co-chair of the National Academy of Medicine Action Collaborative on Clinician Well-Being and Resilience. Dr. Kirch is a member of the Board of Regents of the American College of Psychiatrists and serves on the Board of Directors of the Hastings Center, one of the world’s preeminent organizations focused on bioethics research and policy.

A psychiatrist and clinical neuroscientist by training, Dr. Kirch began his career at the National Institute of Mental Health, becoming chief of the Schizophrenia Research Branch, serving as the acting scientific director in 1993, and receiving the Outstanding Service Medal of the United States Public Health Service. A native of Denver, he earned his BA and MD degrees from the University of Colorado, and in 2002 he received the Silver and Gold Award from the University of Colorado Medical Alumni Association. Over his career, Dr. Kirch has been awarded eleven honorary doctoral degrees in recognition of his contributions to the profession.