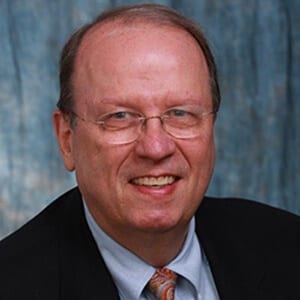 Gray is senior fellow emeritus at the Urban Institute and editor emeritus of The Milbank Quarterly, which he edited for 13 years. Before coming to the Urban Institute in 2004, he was the founding director of the Division of Health and Science Policy at the New York Academy of Medicine (1997-2004.). Earlier he was director of the Institution for Social and Policy Studies and the Program on Nonprofit Organizations at Yale University, with a faculty appointment in the Department of Epidemiology and Public Health, where he directed a doctoral and post-doctoral training grant funded by the Agency for Healthcare Quality and Research.

Prior to Yale, he spent a decade at the Institute of Medicine as the director of studies in civil rights issues in health care, confidentiality of medical review data, for-profit health care, and utilization management by third parties. He previously served on the staffs of the National Commission for the Protection of Human Subjects and the President’s Commission for the Study of Ethical Problems in Medicine and Research. At both commissions he was responsible for research and reports about institutional review boards.

Gray is author of more than 100 articles and two books, Human Subjects in Medical Experimentation (1975) and The Profit Motive and Patient Care (1991). He also edited or co-edited two special issues of journals and two books, The New Health Care for Profit (1983) and The Ethics of Hospital Trustees (2004) (co-edited with Bruce Jennings, Virginia Sharp, and Alan Fleischman), which grew out of collaborative project between the New York Academy of Medicine and The Hastings Center. In addition to his early research on informed consent and institutional review boards and his extensive writing about for-profit and nonprofit health care, he has published research on Medicaid, managed care and the history of HMOs, international charitable aid, the politics of health services research, and racial/ethnic disparities in health care.

In recent years, Gray has served as senior advisor to the Commonwealth Fund’s Harkness Fellows program in which mid-career health professionals from eight-to-ten countries come to the United States for a year to carry out a research project with a mentor. He has also contributed as an author to the Commonwealth Fund’s International Program on Health Policy and Practice Innovations, publishing papers on an innovative British program to improve end-of-life care, health care for undocumented immigrants in countries with universal health insurance, quality improvement registries in England and Sweden, an innovative Dutch home care organization, a Swedish preventive care program for the elderly, and a Dutch program to transform care of patients with Parkinson’s disease.

Gray received a doctorate in sociology from Yale in 1973. He is an elected fellow of The Hastings Center and AcademyHealth (the professional association of health services research) and was elected to the Institute of Medicine (now the National Academy of Medicine) in 2001. He serves on the Report Review Committee of the National Academies of Science, Engineering, and Medicine.