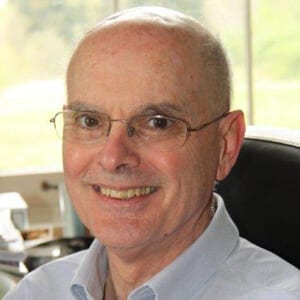 Thomas H. Murray was president of The Hastings Center from 1999 to 2012. He was formerly the director of the Center for Biomedical Ethics in the School of Medicine at Case Western Reserve University, where he was also the Susan E. Watson Professor of Bioethics. He serves on many editorial boards and has testified before many Congressional committees. Among other current posts, he serves as an international expert advisor to Singapore’s Bioethics Advisory Committee and vice chair of Charity Navigator. He has been president of the Society for Health and Human Values and of the American Society for Bioethics and Humanities.

Dr. Murray is the author or editor of several books and more than 250 other publications. His most recent book is Good Sport: Why Our Games Matter — and How Doping Undermines Them, published in 2018. His other publications include The Worth of a Child; The Cultures of Caregiving: Conflict and Common Ground Among Families, Health Professionals and Policy Makers, edited with Carol Levine; Genetic Ties and the Family: The Impact of Paternity Testing on Parents and Children, edited with Mark A. Rothstein, Gregory E. Kaebnick, and Mary Anderlik Majumder; Performance-Enhancing Technologies in Sports: Ethical, Conceptual, and Scientific Issues, edited with Karen J. Maschke and Angela A. Wasunna; and, most recently, Trust and Integrity in Biomedical Research: The Case of Financial Conflicts of Interest, edited with Josephine Johnston. He is also editor, with Maxwell J. Mehlman, of the Encyclopedia of Ethical, Legal and Policy Issues in Biotechnology. In 2004 he received an honorary Doctor of Medicine degree from Uppsala University.

Loland, S. and Thomas H. Murray., “The Ethics of the Use of Technologically Constructed High-Altitude Environments to Enhance Performances in Sport,” editorial, Scandinavian Journal of Medicine & Science in Sports 2007; 17: 193-195.