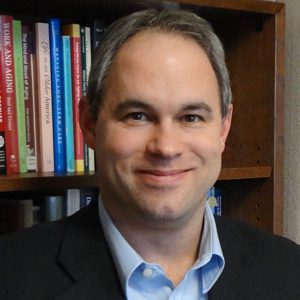 Michael Gusmano investigates health care equity in the U.S. and other countries. His research and publications have focused on health policy, aging, and comparative welfare state analysis. He is the codirector of the World Cities Project, the first effort to compare the performance of health, social, and long-term care systems in New York, London, Paris and Tokyo, the four largest cities among the wealthy nations of the world. In addition to being a research scholar at The Hastings Center, he is a professor and associate dean for academic programs in the College of Health at Lehigh University. He has authored four books and more than 100 scholarly articles. He is frequently interviewed by reporters about health policy issues.

Dr. Gusmano is an investigator on The Role of Values in Impact Assessment and Care Transitions in Aging Societies, a Singapore-based project that is producing an online casebook that focuses on ethical challenges of caring for people in an aging society. He is codirector of the Undocumented Patients project, concerned with finding ways to improve access to health care for undocumented immigrants. He serves on public policy initiatives related to his research, including the Bioethics Steering Committee of the White House Office of Science, Technology and Policy Initiative on Access to Health Care in Saharan Africa (2015-present) and the New York City Mayor’s Task Force on Immigration (2014-2015).

He holds a Ph.D. in political science from the University of Maryland at College Park and a master’s degree in public policy from the State University of New York at Albany. He was post-doctoral fellow in the Robert Wood Johnson Foundation Scholars in Health Policy program at Yale University.

Modern Healthcare on the controversy over vaccination

CBS Atlanta on vaccination and the measles outbreak

U.S. News on Americans’ distrust of the medical profession

Michael K. Gusmano et al., “A Comparative Analysis of Rehospitalizations in France and the U.S.,”
Journal of Comparative Policy Analysis, 2015.
Michael K. Gusmano, “Objections to the Use of Cost-Effectiveness Analysis in the US: Language, Trust
and Values,” Health Economics, Policy and Law, October 2015.