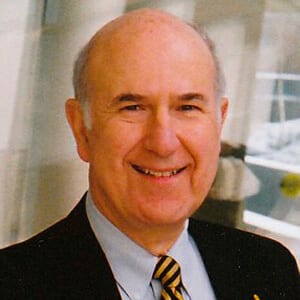 Gilbert Omenn is Professor of Internal Medicine, Human Genetics, and Public Health and Director of the Center for Computational Medicine & Bioinformatics and the Proteomics Alliance for Cancer Research at the University of Michigan. He served as Executive Vice President for Medical Affairs and as Chief Executive Officer of the University of Michigan Health System from 1997 to 2002. He was Dean of the School of Public Health, and Professor of Medicine and Environmental Health, University of Washington, Seattle, 1982-1997. His research interests include cancer proteomics, chemoprevention of cancers, public health genetics, computational biology, science-based risk analysis, and health policy. He was principal investigator of the beta-Carotene and Retinol Efficacy Trial (CARET) of preventive agents against lung cancer and heart disease; director of the Center for Health Promotion in Older Adults; and creator of a university-wide initiative on Public Health Genetics in Ethical, Legal, and Policy Context while at the University of Washington and Fred Hutchinson Cancer Research Center. He served as Associate Director, Office of Science and Technology Policy, and Associate Director, Office of Management and Budget, in the Executive Office of the President in the Carter Administration.

He was in the intramural program of NIH in the Anfinsen Lab in 1967-69 as a LCDR in the USPHS. He has had NIH grants over four decades. He served on the National Cancer Advisory Board, the NHLBI Advisory Council, the Society of Fellows for the National Center for Minority Health and Health Disparities, and the Director’s Advisory Committee of the CDC. He is a director of Amgen Inc. and Armune Biosciences Inc. He leads the Plasma Proteome Project for the international Human Proteome Organization. He was president of the American Association for the Advancement of Science (AAAS) in 2006. He was elected an Ambassador of the Research!America Paul G. Rogers Society for Global Health, serves on the advisory board for the Shanghai Jiao Tong University Medical School, and is active in numerous international health and science policy initiatives.

Omenn is the author of 487 research papers and scientific reviews and author/editor of 18 books. He is a member of the Institute of Medicine of the National Academy of Sciences, the American Academy of Arts and Sciences, the Association of American Physicians, and the American College of Physicians. He chaired the presidential/congressional Commission on Risk Assessment and Risk Management (“Omenn Commission”), served on the National Commission on the Environment, and chaired the NAS/NAE/IOM Committee on Science, Engineering and Public Policy. He received the John W. Gardner Legacy of Leadership Award from the White House Fellows Association in 2004 and the Walsh McDermott Medal from the Institute of Medicine in 2008 for long-term contributions to the IOM and the National Academy of Sciences. 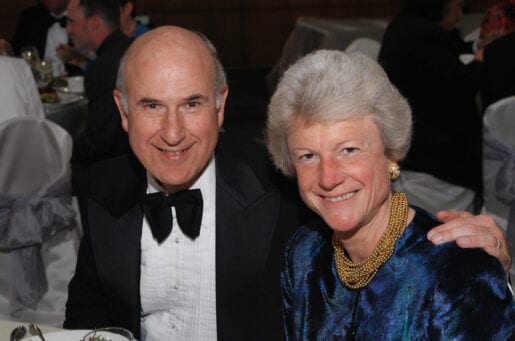 Omenn and Darling Gift to Bolster Trust in Scientific Innovation 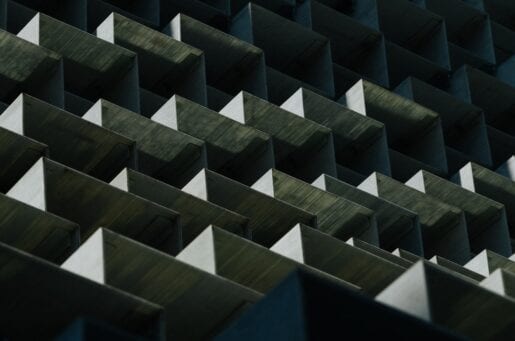 Your gift will help us help society ensure just and compassionate health care for all and the wise use of emerging technologies.